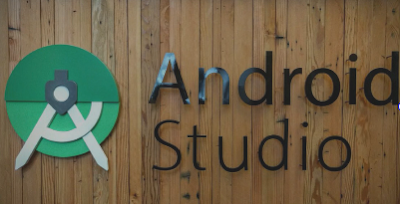 This post consist of the following questions related to Android Studio:

Press on Emulator inside that then edit button, then Show Advanced Setting. Then finally enable the Quick Boot option.

There will be many reasons behind this Error Try most effective Ways given below to solve this “R” Error:
Click at Build — Rebuild Project and next click on Tools — Android — Sync Project with Gradle Files.
Correct and Check your AndroidManifest.xml the package name. That can fix the problem.
Just Update Android Studio. Can Resolve the problem!
Check for the errors/issue in XML files. Once you fix the XML errors, do a clean/build, it will fix the error.

4) What is the difference between Px, Dip, Dp, and Sp in the Android studio?

You May Also like to read: Android studio vs thunkable- Which is the best app maker

5) What is ‘Context’ on Android?
A Context describes your setting. The context of the contemporary state of the application. It lets recently created objects Acknowledge. It provides services like resolving resources, decisions, and securing access to databases.

6) What is Gradle in Android Studio?
Gradle is a tool used to build android packages(apk) by maintaining dependencies and giving system build logic.

Android App bundle(.aab) App bundle is a publishing format it can’t be directly installed on a device. It also contains some metadata files that will not be present in the final apk. It will also enable the dynamic feature to be included in the app for specific devices using the on-demand installation.

APK (Android application package) is the packaging format that eventually will be installed on a device. To make an APK file, a program for Android is first compiled, and then all of its parts are packaged into one container file.

8) How to open AVD Manager in Android studio?
Two ways to access AVD manager (In Windows):
In Android Studio: Select Window — AndroidVirtual Device Manager, or click the AVD Manager icon in the toolbar.

In Mac – To open the AVD Manager, do one thing: Select Tools — AVD Manager. Click Manage in the toolbar.

CompileSdkVersion is your way to tell Gradle what version of the Android SDK to compile your app with. New Android SDK required to use any of the new APIs added at that level.